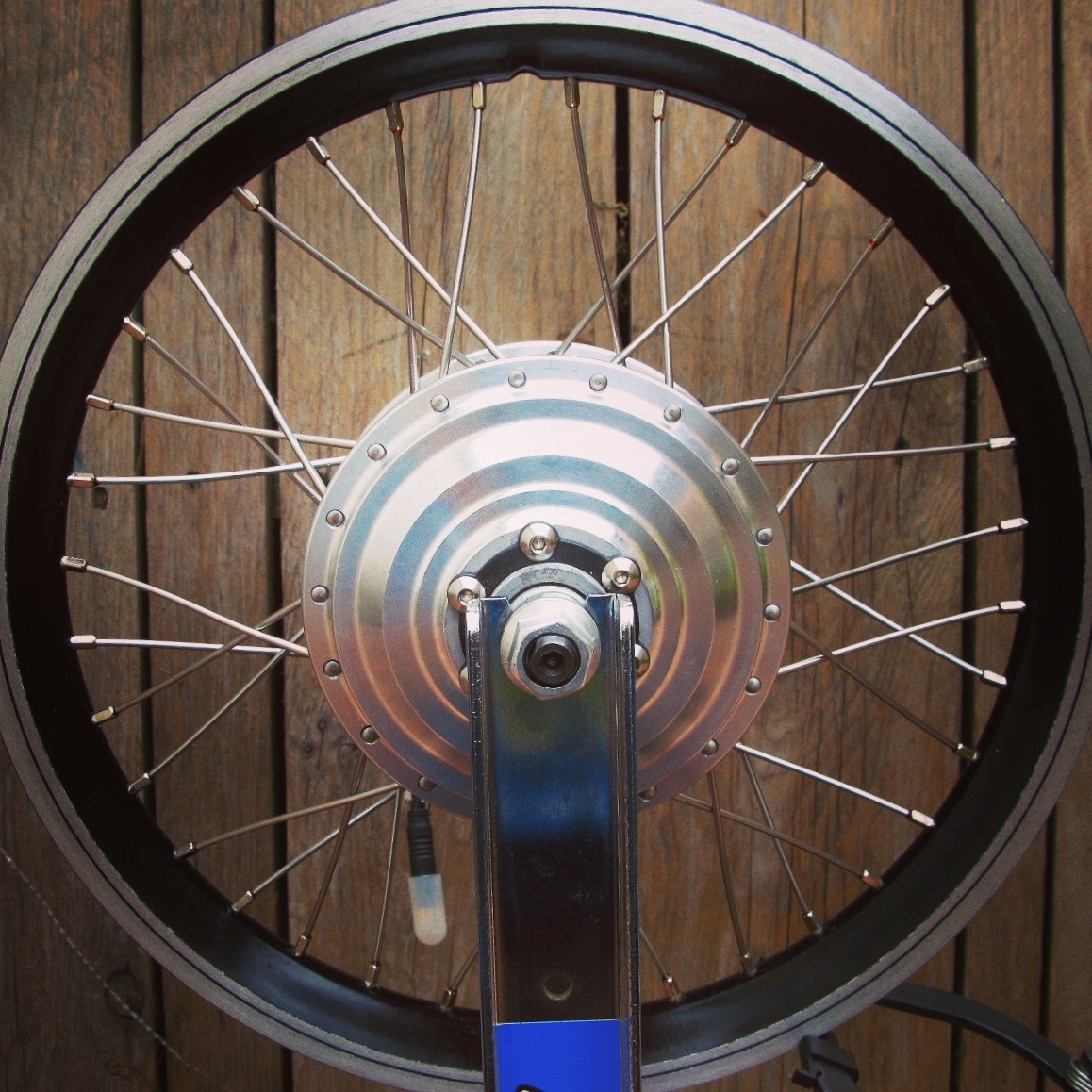 John recently asked me to build a 12″ rim into an e-bike hub motor for an electric tricycle. The project was a good challenge because it involved lacing a tiny rim into a large e-bike hub motor. At a certain point it becomes very difficult to tangentially lace such wheels because the angles of the spokes becomes so steep that they simply won’t fit into the rim holes without severly bending the spokes at the nipples. To build this wheel, I used a E-bike specific spoke calculator at eBike.ca and cross referenced these results with my standard spoke length calculator. Unlike most spoke length calculators, the eBike calculator allows you to identify the spoke angle with every lacing option. I needed to know that my 1-cross lacing would work on this wheel otherwise I’d be forced to lace radially and compromise the torsional strength of the wheel. Specifically, I needed to know if the angle of the spoke as it exits the rim is greater than 74 degrees for a viable spoke/nipple alignment. On the eBike spoke calculator it came it at 76 degrees so it was possible to lace the wheel 1-cross. For spokes, I choose Sapim Strong spokes which measured a tiny 87mm is length (the shortest spokes I’ve ever used!). The Sapim Strong spoke is a single butted spoke that is thicker at the spoke head & elbow (13 gauge), while a standard thickness for the rest of the spoke (14 gauge). This spoke is ideal because it has strength at the hub flange of the e-bike hub motor, while allowing the spokes to be laced into a standard rim that fits 14 gauge nipples.

I was having a new frame made and whilst searching for a local wheel builder I came across Melody Wheels. I knew what I wanted and what the build would be because I had a similar set already built elsewhere....
John Moralee, Bedfordale WA