We will be closed for a short break from Wednesday 7 April and reopen on Monday 19 April. Our workshop is fully booked with led times of 3 weeks for wheel builds and rebuilds.
Skip to content

I am an enthusiastic (some would say crazy) single speed mountain bike racer from Perth, WA. From ~1989 to 1995 I raced downhill and cross-country for GT, Serotta and Dart and on the German national team before focusing on a career and family. After mainly commuting on a geared and single speed road bike for 15 years, I met a guy from Queensland traveling in the Kimberley’s and riding a single speed mountain bike. I thought he was totally crazy … and I have been hooked ever since. Why single speed you might ask? Why not …? For me, it is about simplicity. I just love riding. Alone, in a group, with geared friends and with full suspension friends. Single speeding keeps me on my toes, I get to show people that bike riding is about fun, and that you can achieve a lot with very little. 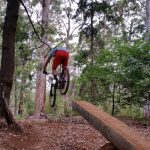 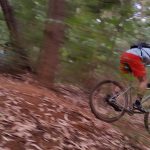 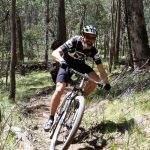 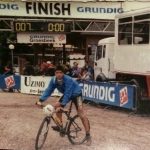 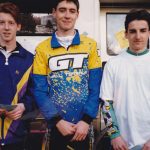 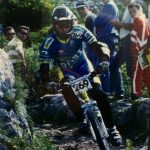 I gave Adrian the challenge of building a Rohloff hub into a Mavic rim a little while ago along with a Tune hub for the front wheel. The wheels run true in my Lynskey frame and have performed flawlessly. The...
Andrew Johnson, Woodbridge, WA