We will be closed for a short break from Wednesday 7 April and reopen on Monday 19 April. Our workshop is fully booked with led times of 3 weeks for wheel builds and rebuilds.
Skip to content

I did a bit of gymnastics and swimming at a young age but that was basically all that I accomplished sports wise. When I was nine, we stayed in Canada for eighteen months, which is where my brother, Alec started doing a bit of triathlon. Fast forward a few years later, after we came back to Perth, I turned 11 and got my first road bike for my birthday. That’s when I started training, slowly at first, but now, at 14 I’m in the full swing of it, and I cant get enough of the sport. During the season, I race in state series races and a few national races that are part of the AYTS (Aus youth triathlon series). To conclude this season, I’m racing in the schools sport national triathlon with the WA state team. In the off season I tend to tone down with training a bit and sometimes participate in cycling races including cyclocross, mountain biking and time trialing.
Some of my past results are; 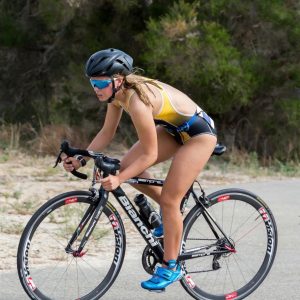 I hit the bike training pretty hard trying to get up for the UWCT Gran Fondo. So I have a better feel for the wheels now and I think they are awesome! During the last couple of weeks I have...
Joey Rawson, Perth, WA