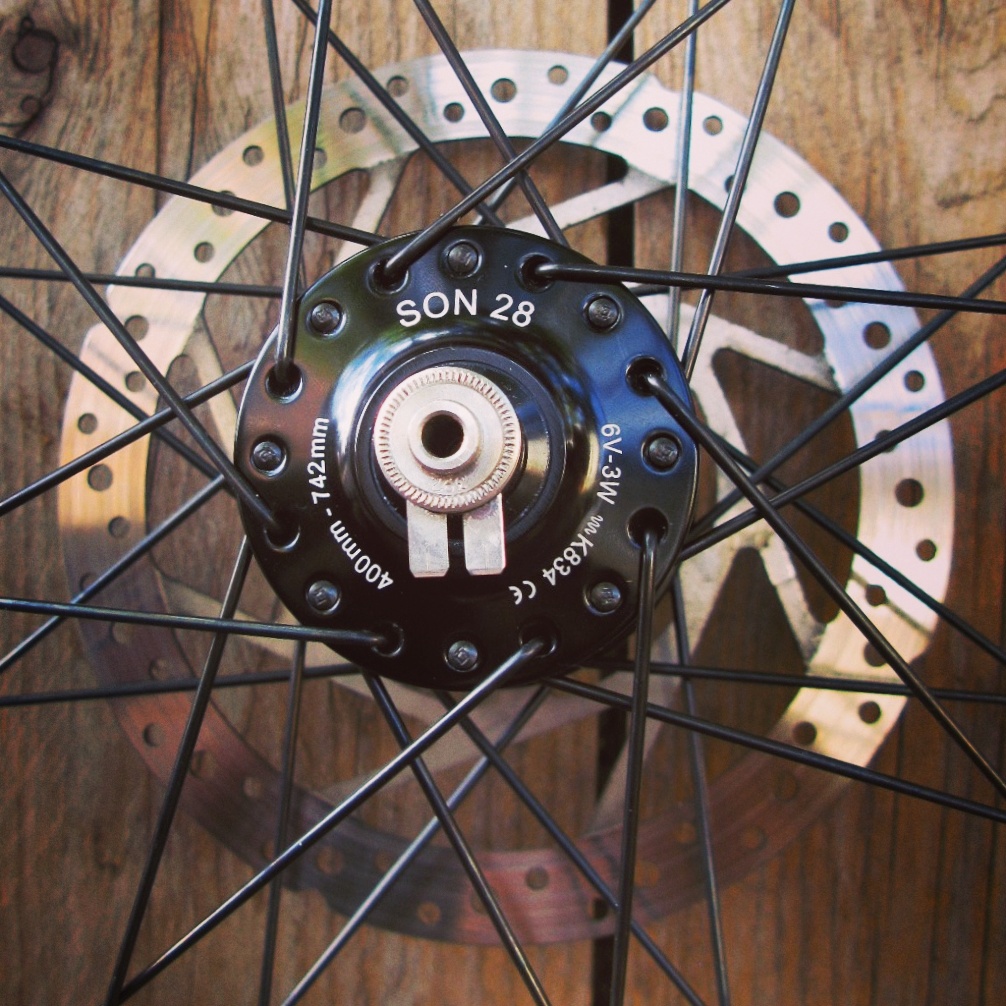 I’ve cycled almost every day for transport and fitness over the last ten years. Yes, I’m a cycling tragic. For many months of the year, this has always meant commuting and training in the dark. Over the years I’ve probably spent well over one thousand dollars on battery powered bicycle lights. I’ve used cheap and expensive lights with mixed success. Although the brightness and weight of bike lights has dramatically improved over the years, reliability and durability continue to be a problem. USB rechargeable lights have a tendency to loose their recharge power over time. Rain can damage the internal workings of your lights. Detachable rubber and plastic light mounts can easily break or be stolen. Lights can go flat or stop working at unpredictable times, leaving you riding home dangerously in the dark. To put it bluntly, I’ve found battery powered lights to be a real PITA.

Six years ago I made the leap to using a hub dynamo lighting system. It costs more upfront but what you get in return more than covers the costs of using battery powered lights over-time. I started with one hub dynamo light on my commuting bike then eventually placed them on other bikes including my road bike. As long as I’m riding, the dynamo hub powers my front and rear lights. A capacitor in the headlight keeps the light on for several minutes even when I’m not moving. My lights are securely mounted to my bike so there is no faffing about when I leave my bike. Contrary to popular belief, a hub dynamo has a negligible drag effect to the point that I’m more than comfortable using a dynamo on fast training rides. As an added benefit, I often run my lights during the day-time to make drivers more aware of my presence on the road. I have three sets of hub dynamos and none of them have ever failed in 10 years of collective use. Without a doubt they have been the best purchase I’ve made for any of my bikes. Dynamo powered lights make my cycling journeys hassle free and give me the confidence to ride at all times and in all weather conditions.

Although hub dynamo lighting systems have so many advantages, they are still relatively uncommon in Australia. The biggest barrier to there use is awareness and attitude… that and you’ll need a good wheel builder to build the dynamo hub into a wheel for you. Bike shops rarely promote dynamos because battery powered lights are an instant sale and a cheap fix. Finally, as the ideas of lightness and speed dominate the marketing of bicycles, many people wrongly perceive dynamos as slow and impractical. This is changing however as dynamos have become common place in many adventure cycling and long-distance cycling events. Despite the barriers and misperceptions, I’m optimistic that hub dynamos will become more popular in Australia as more people ride for everyday transport. A dynamo lighting system will easily pay for itself in dollars, safety benefits, and convenience. 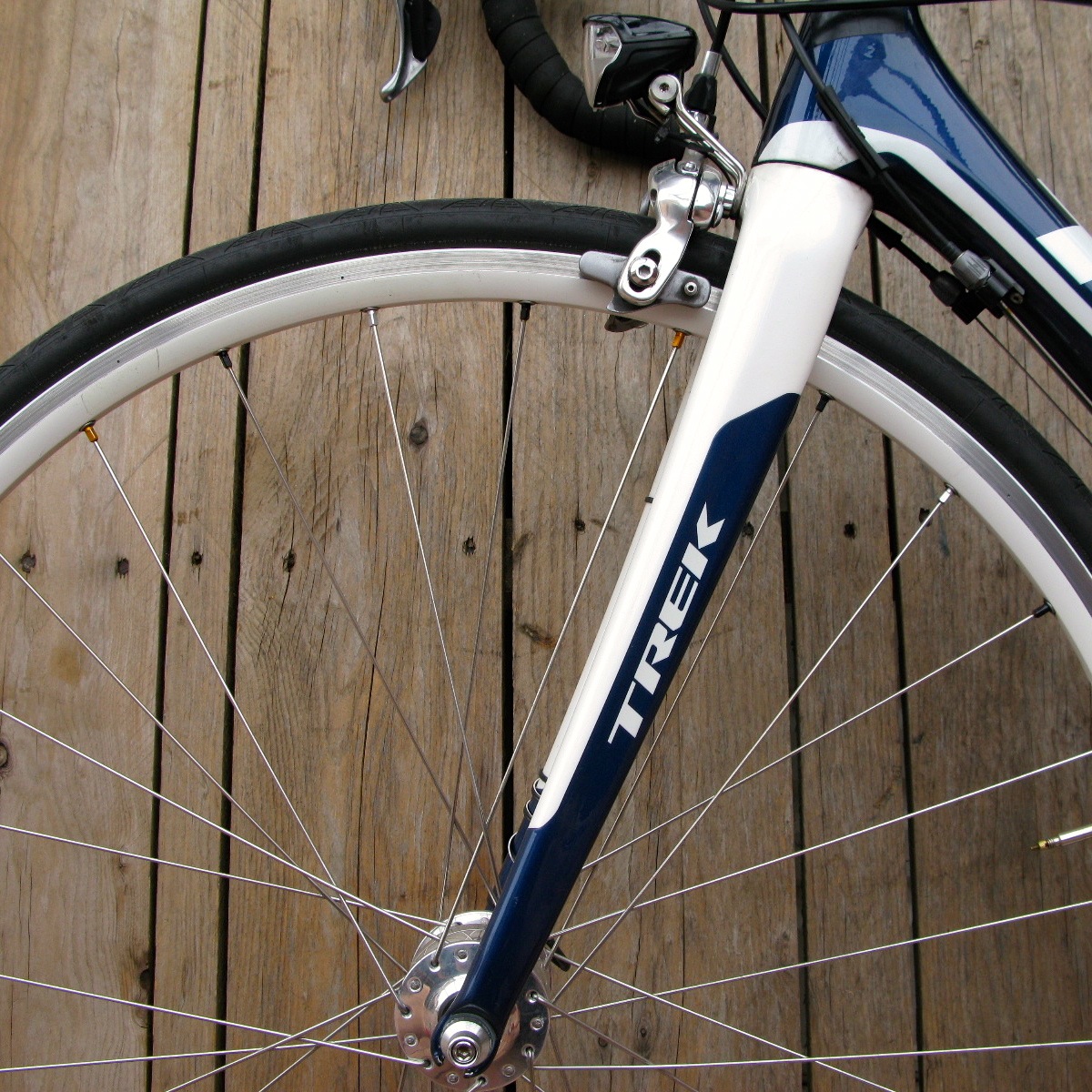