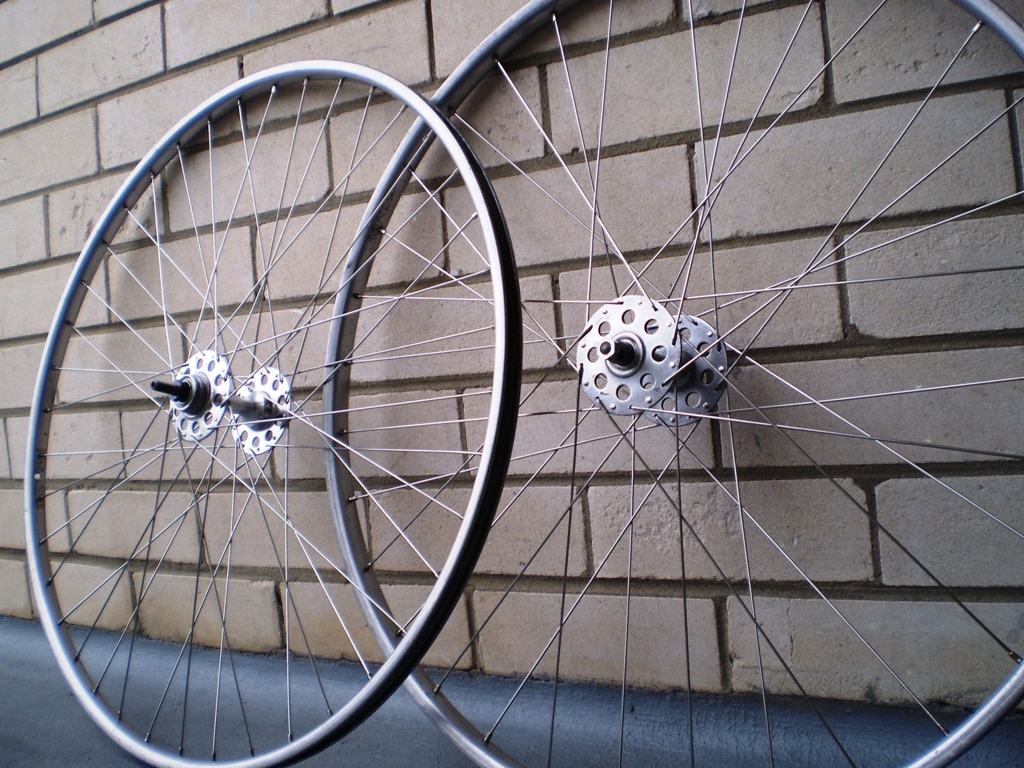 A clubmate from the Dulwich Hill Bicycle Club recently asked me to build up some wheels for a vintage restoration project. The hubs are by Velox Engineering Works from the 1950s.  V.E.W. were a Sydney-based company originally owned by Jack (Giovanni) Bazzano, an Italian immigrant, business man,  and bike racer. The company still exists today although it now manufactures letter boxes. According to one review, the V.E.W. hubs were  ‘reputed to be some of the earliest one-piece aluminium hubs in the world.”  They were certainly of a quality that was unlike anything I’d seen that from that era that was made in Australia. With an Italian heritage, I guess Bazzano knew a thing or two about cycling and aluminium. 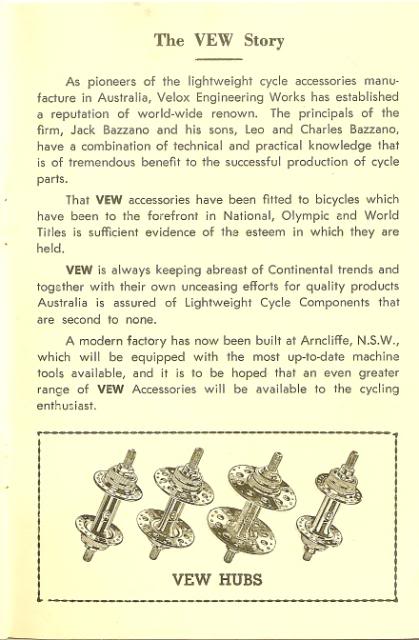 The wheel build was a little more of challenge due to the age of the components.  The hub holes and flanges had signs of wear from previous wheel builds. I followed lacing patterns then realised that wheels may have been laced more than once. The rear wheel was probably laced 4x at some point and I’d only bought spoke lengths for 3x. The high flange hubs were a pleasure to work with. The large cut out holes in the side of the flange were not only functional (an improved bracing angle), weight saving, and aesthetic, they also made the process of building easier as they provided a near 90 degree angle to slot the spoke in through the narrow spoke holes. 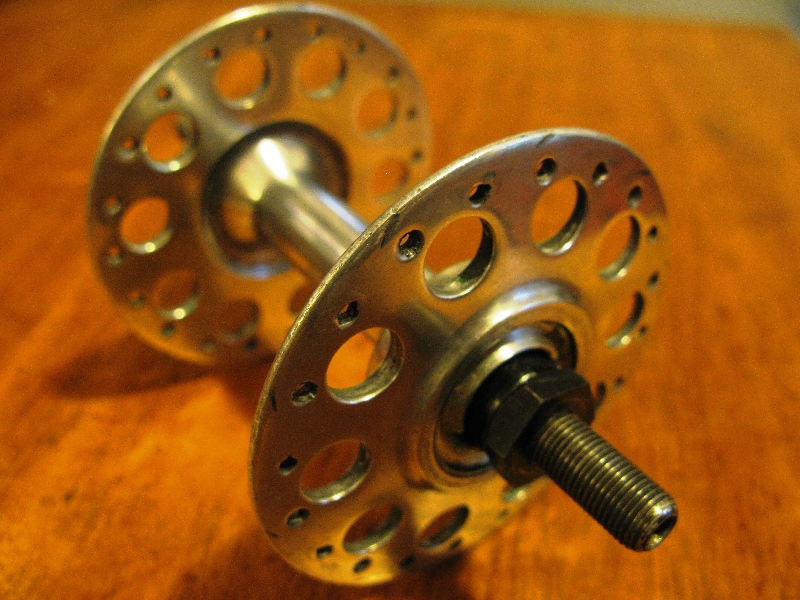 Bringing the wheels up to tension was also challenging as I had no guide to tension with these rims. Given the age and design of the single walled rims, I erred on the side of lower spoke tension with just on 100kgf on the rear drive side. Truing the wheels was difficult with a noticeable bulge in the rim at the join and a few dints in the sidewall from years of riding. I measured the rim wall in different places  with a digital caliper and found 1mm of variability in the width. At the end of the day, I had to accept that I could only get these rims to an acceptable to level of trueness.

I have been following Melody Wheels on Instagram for a number of years. There are a handful of top quality wheel builders sharing their products on social media but the knowledge that Melody readily share is what sets them apart...
Neil @ Moonglu, UK. https://www.moonglu.com/